A major pavilion at Swiss Expo 2002, “The Empire of Silence” evokes a battle between the forces of silence and communication.

Six interlinked theatres provided the backdrop/setting to an exciting dark adventure, culminating in the destruction of the Empire.

Over 500 effects were designed and incorporated in the innovative and contemporary score. A huge networked sound system with 50 channels of computer controlled audio was incorporated into a warehouse-sized building constructed especially for the event.

The soundtrack, central to the show, drove the action.

The pavilion was recognized as one of the most successful and visited installations of the whole Expo being voted “Best Pavilion” by the public and winning “Live Event of the Year” at the AV awards.

Live switched the experience from a- v, ‘a traditional Expo medium’, to live theatre as a way of underlining the moment when silence becomes scary. ‘The unifying medium that runs through it all is sound,’ says Newman, ‘We worked with Julian Scott, one of the best visitor attraction composers in Britain, to create the soundtrack.’ 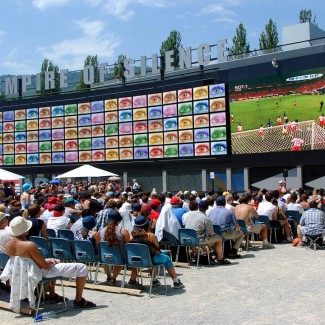 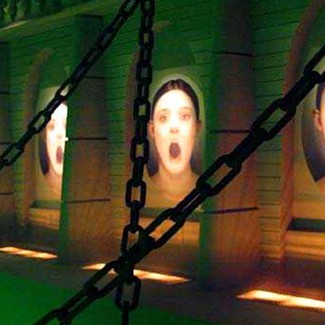