Ferrari World, the world’s largest indoor themed park opened in November 2010. The structure was designed by Benoy Architects and the visitor experience created by Jack Rouse Associates of Cincinatti.

Julian conceived and scored the music for the centre-piece Made in Marenello. A dynamic dark ride through a virtual recreation of the design and manufacturing process of a Ferrari 550. The initial ideas were presented to Ferrari in Maranello and approved by Luca di Montezemolo.

The score, performed by the Royal Philharmonic Orchestra, is synchronised to play from both moving passenger vehicles and static surround sound installations. This enables a seamless narrative to journey with the audience yet at the same time deliver the full surround cinematic experience.

The orchestra, recorded in Studio 1 Abbey Road London, was conducted by Jill Jarman. Sound recordings of Ferrari cars at special sessions were integrated within the work and a robotic painting sequence was “choreographed” to the music along with filming at the Ferrari factory in Maranello, Italy.

Julian worked closely with the ride technicians and location sound design team to ensure the recordings would match the environment and synchronise with the movement and media elements. 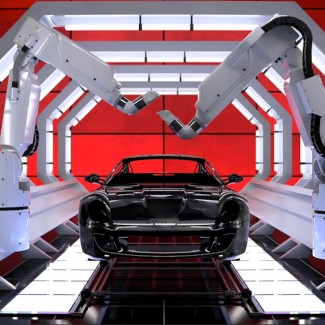 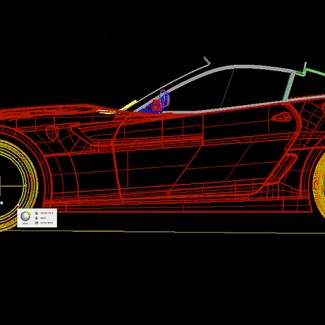