The entire length of the Excel centre equivalent to two and a half football pitches was transformed by Jack Morton into a performance space which featured a race track, skating circuit, performance areas, motor-show scale vehicle exhibition and West End theatrical stage for an evening musical. The event under the creative direction of Kim Gavin featured 100 cast, skaters, acrobats, singers, percussionists, mime artists, 50 vehicles and the Toyota Formula 1 team and drivers Timo Glock and Jarno Trulli.

The audience were taken on a journey through 45 years of Toyota in Europe told through human stories, dance, action sequences and archive footage. There were 14 car reveals, Formula 1 cars doing doughnuts and a 30 piece drum band.

A stadium scale sound system provided surround sound. The tracks were mixed and edited on site with changes being made to tempos and durations as the event choreography was fine-tuned.

“Having received feedback from many retailers and attendees, it’s clear that we really inspired and motivated our guests. It was a world-class experience.” Toyota marketing director, Paul Van der Burgh. 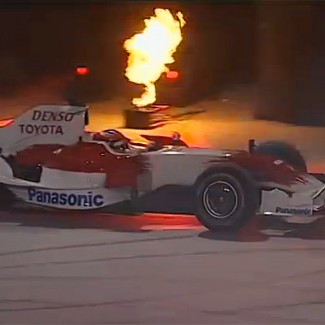 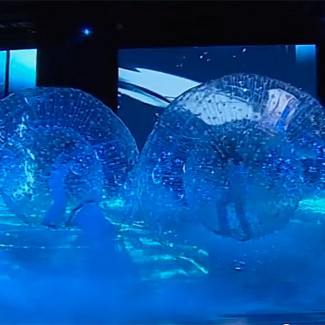