The Opening and Closing Ceremonies of the Athens 2004 Olympic Games captured a global TV audience in excess of 4 billion.

Julian worked on the project over an 18 month period collaborating with Yorghos Koumendakis (co-creator of the Ceremonies concept and Director of music) to produce the opening and closing soundtracks.

The Olympic ceremonies, realised by Jack Morton Public Events under the direction of David Zolkwer, were the first to be produced by a non- indigenous company. They assembled a team from across the globe to assist Greece in creating what was universally acknowledged as “a triumph”

Advanced technologies were utilized by Adam Wildi (Senior Technical Director) to bring an ambitious creative dream to a world stage.

Major elements included flooding the Olympic Stadium with half a million gallons of water, a fiery comet shooting from the sky and igniting the Olympic Rings, a 22-ton, 60-foot cycladic head emerging from the “sea”, splitting and re-splitting to reveal two statues, then fragmenting into 18 sections depicting the Greek islands.

Further details can be viewed by clicking the links below: 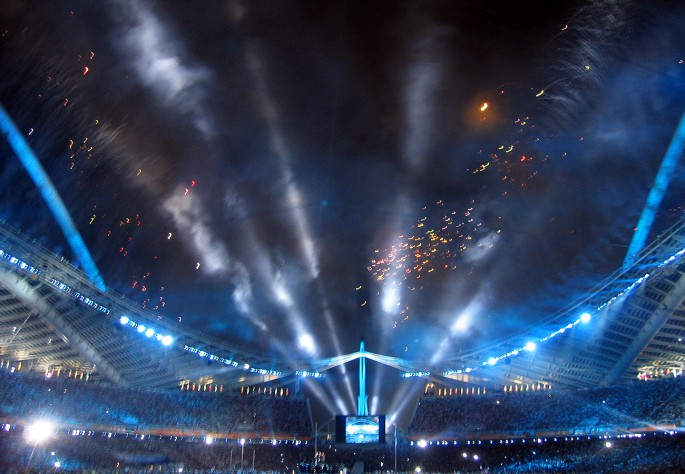 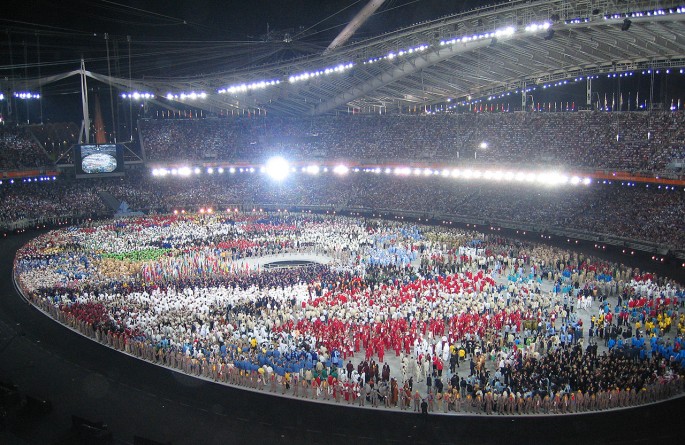